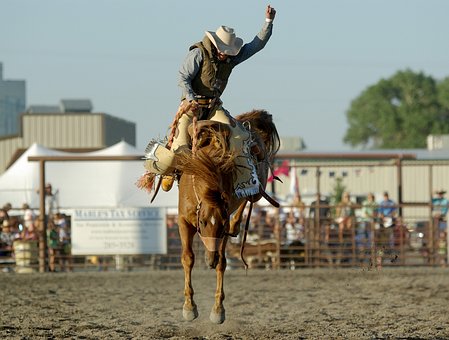 Twenty eight years ago, I was interviewed in a rodeo in Redding, California, together with an Oklahoma cowboy and a bull called’Red Rock.’ That would be the young man’s last interview as he died at his next rodeo in Cheyenne Wyoming on July 30, 1989.

Afterwards, a film was made about his life and rodeo career known as’8 Seconds.” In it, Luke Perry played the young athlete and there was an appearance in it by that bull known as’Red Rock.’

News of the accident in Cheyenne spread quickly. I was lined up in a rodeo in Rock Springs, Wyoming, to ride the”circle 8″ that’s when all of the contestants of a rodeo ride out to the audience prior to the performances begin.

By the time we completed the opening pattern, we heard that Lane was dead. Lane Frost was a friend to many in the rodeo world. In actuality, his memorial service was held in an Oklahoma church which held 1200 and near 3500 showed up to say goodbye. His parents picked his final resting place at the Mt. Olivet Cemetery in Hugo, Oklahoma right next to where his friend Freckles Brown was laid to rest years before.

The movie”8 Seconds” attempted to do justice to his life but it did not touch how deep the friendship between him and Tuff Hedeman was. I was with Tuff shortly after Lane’s death at another rodeo in Fort Madison, Iowa. He showed up, ready to ride and do the media tour. Tuff and I had been auctioned off at a benefit for some charity. We had to dance with somebody who’d bid on us. “How are you here?” I heard a few businessman had flown him Lane’s saddle to his dad after the bullrider’s death. He was barely there and racked with grief, but that is how cowboys roll.

On this fateful day in Cheyenne, after much rain, Lane mounted a bull known as’Takin’ Care of Business.’ The cowboys had their own name for this. They labeled the creature’Bad to the Bone.’ Following the ride, Lane dismounted. That’s when the bull turned around and rammed him.

He died in the stadium although doctors tried unsuccessfully to revive him for hours in the hospital. Tuff was finally permitted to see his recently deceased friend after what”seemed like forever” in the waiting room. Three days later, he served as one of his pallbearers.

Today, there’s a statue of Lane in the Cheyenne stadium where he lost his life doing what he loved to perform. The cemetery where he’s buried has constant traffic. Many in the rodeo world and outside were affected by this young man’s departure and have memorialized him by naming their sons after this bullriding hero. A site posts pictures of this great number of namesake cowkids known as’Lane Frost, Remembrances of 50 years, 25 of them gonebut not forgotten.”

Rest in peace Lane. It was an honor working with you.